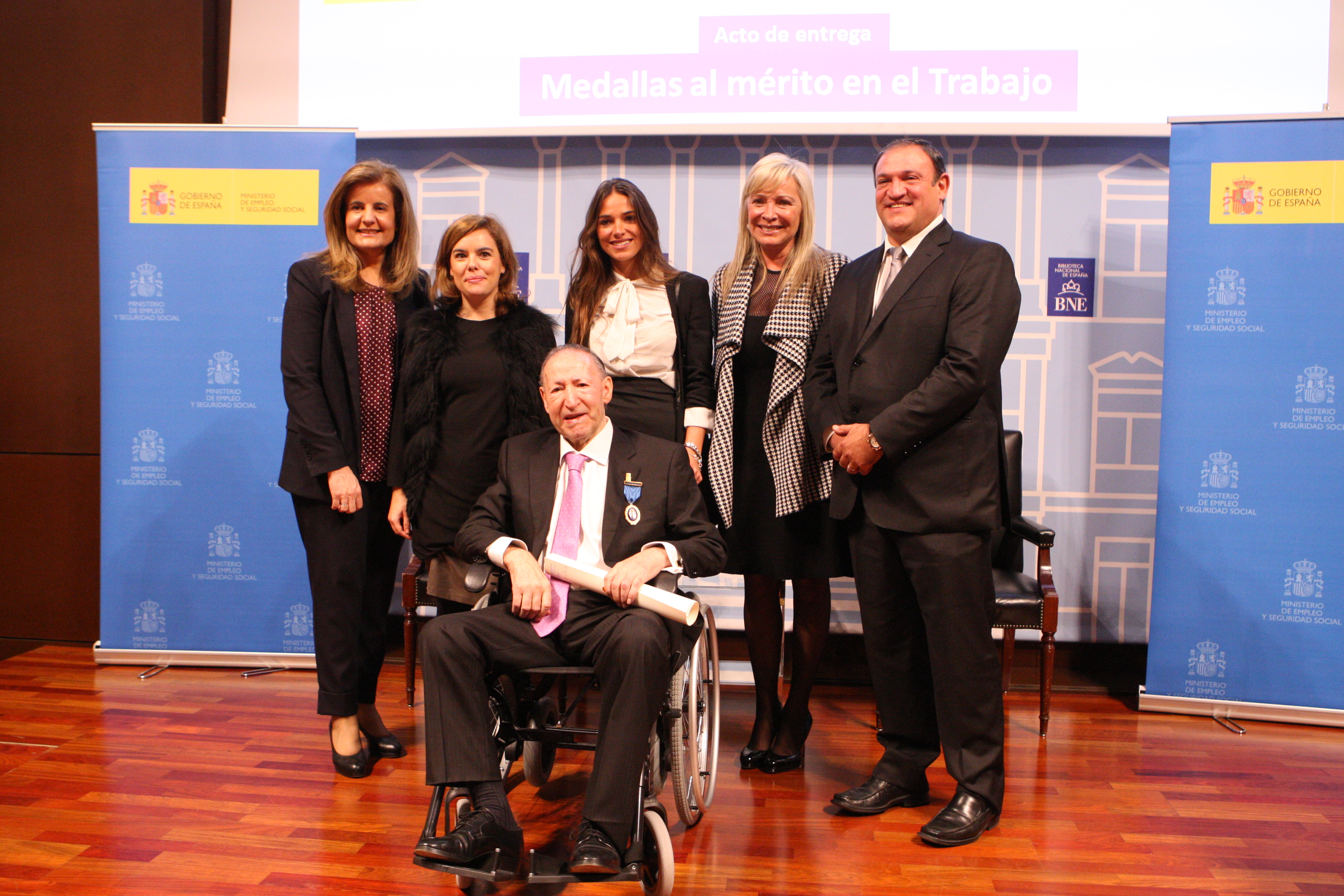 By adgrupocun | news | No Comments

The founder of Grupo Cuñado, Mr. Máximo Cuñado, received on November the 4th 2014 the Gold Medal for Merit in the workplace, approved unanimously by the council of ministers extraordinary session. The award was presented by the Deputy Prime Minister Ms. Soraya Saenz de Santamaría, along with the Minister of Employment and Social Security, Ms. Fátima Báñez. The medal was awarded by the King on the proposal of minister. The emotional ceremony was held in the main lounge of the National Library. The awardee was accompanied at the ceremony, by his son the current president of Grupo Cuñado, Mr. Carlos David Cuñado, his wife CEO of Grupo Cuñado, Mrs. Gloria Esteban Baturone and their daughter, Ms. Vivian Cuñado Esteban. Surrounded at all times by counselors of Grupo Cuñado, Mr. Angel Luis Barranco and Mr. Antonio Galán. The Minister of Employment and Social Security, praised the “courage and effort” of Mr. Máximo, that “knew and wanted to go international” and recalled that at the age of 19 he moved to Madrid to make a future and founded in 1963 Grupo Cuñado.